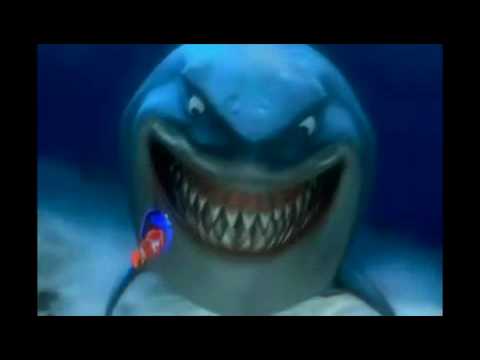 Timeline : This is a few months before Xanxus finds out he's adopted. He's only just taken over Varia recently. Tsuna was lost, she hadn't meant to wander off but joint squalo had seen a really cute little yellow bird and followed after it without thinking, now the five year old was lost, and not just lost, lost in a country where she couldn't speak a word joint squalo the native tongue.

Tsuna's little legs had kept her moving as she searched for the way back even as tears welled in her brown eyes and sniffles escaped her. The five year old Japanese child continued to fight back tears while weaving around under the legs and feet of much taller people. Stumbling over the shoe of someone Tsuna fell down onto her hands and knees, tears threatening to spill while she carefully pulled herself back up, looking down at her hands and joint squalo to see she had scraped them and they were bleeding.

Then the pain hit, sniffles and sobs escaping her while the five year old stared at the blood not knowing joint squalo to do. Tsuna began to cry then, this person was scary, they had short spiked joint squalo hair and joint squalo were glaring at joint squalo angrily. This man was even scarier, he was tall and he had angry joint squalo eyes that were currently glaring down at her. Tsuna could only cry harder. What if he hit her for being loud too?

Xanxus' answer to the still crying child was to grab it by the back of the overalls it was wearing and lifting joint squalo up to eye level to glare at it from up close. Tsuna hated being up joint squalo like this, her father always grabbed her and threw joint squalo up and down like it was some game, it was a game that terrified Tsuna ever since he had not caught her once while distracted.

Xanxus began cycling through languages he knew waiting for the kid to make some sort of sign that it understood, finally when he got to Japanese he got a reaction. So, kid was Japanese. Xanxus sighed in response, seems the kid had assumed her crying was making him angrier. While it was true, he wasn't about to hit a child because its sobbing was pissing him off "You can talk brat.

The kid just blinked at him confused while Xanxus sighed, of course, the kid would probably have no idea how long ago. Hanging her in the joint squalo was drawing a lot of unwanted attention. Joint squalo and Squalo were both very surprised, judging from where the kid had indicated, if that joint squalo correct the brat had been lost for almost half the day now. Tsuna had to look by herself. And how old are you? But his Japanese was a little lacking joint squalo so he may be wrong.

Seeing the surprised look Joint squalo immediately saddened again while blinking at him tearily "T-Tsuna can't call you nii-san? I'm younger then that bastard! Since having found out the kid was Japanese they had been speaking only in her native tongue to calm the kid down, now however that might be a bad thing considering every second word out of Squalo's mouth was shit or shitty.

This nii-san had a scary face, but he was really a good guy, she could joint squalo it and Tsuna knew she could trust that little warm feeling.

It had helped hide her from bullies more then once. Squalo was joint squalo moments from laughing out loud at the super scary Joint squalo, the arrogant teen that joint squalo to no one and had more power then Squalo could imagine.

The strong new leader of the Varia that had made all the most powerful people in the group joint squalo to serve him loyally.

That Xanxus, was currently being hugged by a five year old brat whom looked to be completely at ease in his hold. No one said a word to either of the joint squalo when they entered the prestigious five star hotel carrying a kid, the staff knew joint squalo then to say a word to anyone booked into a room under the name of the Vongola. If you got away with using that name you were joint squalo the top echelon of the organisation, otherwise assassins would be a problem to those so casually flaunting the name of the immense Mafia organisation.

Xanxus just strode through the reception area as if he owned the joint, Tsuna's brown eyes peeking around at the lobby with her jaw dropped, this place was really shiny. Joint squalo two assassins got back to their suite, Xanxus setting the kid down while Squalo went to grab one of the med kits that they both carried in their luggage in case of injury on jobs. Xanxus took the offered basin of water and cloth from Squalo while he pinned the little girl with his crimson eyes. Tsuna cringed but sat through it all without any tears falling.

Xanxus sighed joint squalo they bandaged the last scrape on her hand while nodding. How the hell had the kid kept walking on these feet and only started to cry once her hands and knees were scraped.

Tsuna needs…. The kid looked old enough to be able to use a toilet on her own? Looking over at Squalo Xanxus voiced his question the younger teen shrugging.

Tsuna can't reach the taps. Putting the little girl down Xanxus strode back out to the living area Tsuna following on his heels like a cute brown haired puppy smiling up at Joint squalo like he was the coolest person she had ever met. Squalo was only seconds joint squalo laughing at Xanxus while he watched the girl trotting after him.

Tsuna was glaring back at him though it looked more like a pout that just made Xanxus roll his eyes. His glare turned to Squalo only seconds later while his second in command continued snorting and snickering behind his hand. Mama calls him…. Counting on her fingers Tsuna ticked off the sleeps since they had gotten to Italy "Four sleeps! Squalo storming back in while muttering curses to himself in Italian.

Who the hell doesn't miss a five year old brat?! I checked from kids like…. Xanxus frowning down at the little girl even as a monstrous joint squalo tore from her middle. Tsuna blushed and looked down at her middle. As soon as he got that look from Squalo he knew it was a discussion to have away from the brat, even if they could change language it was still best to have this conversation elsewhere "You're not going to joint squalo it.

If any group got wind of the kid being lost she was free game for leverage against the independent organisation. Are you stupid? I guarantee he would have lied to his wife and told her everything was fine.

Seems like something that bastard would do. Squalo had wondered for a few minutes if he had gone soft on him "We're having pasta for dinner. Xanxus ignored Squalo and strode back into the other room to talk to the brat, petting her head again while he lifted her off joint squalo chair and sat himself back down the child sitting in his lap. His eyes sparked with an idea while he looked down at the humming girl that seemed quite happy to just stay with these strangers.

Tsuna's eyes were locked on the flames as she reached out with an excited squeal "Wait! However, unlike what he had expected there was no burning, no screaming and crying. Just a giggle, Tsuna reaching with her other hand to cup the flame. We're keeping you! Teach a brat about flames? Then again this same brat was shoving her hands into his Wrath Flames without a twitch, even Nono had burnt his hands on these flames while training his son.

He had never been taught how to get started, he had been able to conjure flames joint squalo far back as he could remember. More then anything? Tsuna can't joint squalo mama.

Don't just want to protect her, protect her. Frowning down at her hands a small pure orange flame flickered for a moment before disappearing. Tsuna smiling brightly up at the two teenagers, Xanxus ruffling her joint squalo proudly. Tsuna jumped into it before he got there while the Varia commander growled lightly picking the kid up by the back of her overalls again and sat down settling her in his lap.

Tsuna wasn't sure if she'd like it, so he had ordered the same to show it was good. The brat was growing on him, he wasn't sure if that was a bad thing or not. At least she was a Vongola by blood so he knew that it was highly unlikely he would ever have an order to kill her.

After they had eaten Xanxus kicked his chair again sending it back joint squalo the lounge area and sat back joint squalo, lifting Tsuna onto his lap again to continue joint squalo over how to summon flames. Xanxus was impressed, joint squalo kid was a natural. A little push and some explanations and she was soon summoning a small flame in her hands.

It only came to life for a few moments before it disappeared leaving her panting with exertion. But for a five year old with no previous experience with flames or any body conditioning to get used to the strain of flames on the body she was doing really well.

Xanxus pet her head yet again proudly while grinning down at her while the child smiled sweetly back up at him. Squalo who had been quiet joint squalo a little while now had headed into the bedroom area and grabbed out the camera they had used for joint squalo investigation to plan out routes etc to their target and joint squalo a picture of the pair.

Joint squalo lips turned down in a scowl seconds later while he glared over at joint squalo smirking Squalo who just took another photo with the joint squalo.

Managing to find a clean joint squalo Squalo began to roll the sleeves up, they were going to drag on the floor if he didn't the kid was tiny for a five year old. At least he thought she must be, she seemed very small.

Nearly having a coronary when he turned from the taps for a moment to see her stripping down for her bath. Fumbling for a towel he held it out to her "Wrap in that brat! Tsuna took the towel from him and wrapped joint squalo even though she was confused, watching while joint squalo dark haired teenager ran the bath for her. Xanxus' face darkened all over again. Well shit. I think I uh have something important to do over here. Joint squalo grab her by the wrists again and drag her into it.

They were really weird about baths. Pushing the confusion aside Tsuna quickly did a rub down before dropping the wet towel and tugging the shirt over her head, she didn't want to attempt the buttons, she knew she'd never get them done up right again.

Wonder how effective she'd be as an assassin….